I am a strong believer in open-source and data-sharing for the advancement of science. Whenever possible, I am releasing datasets and code that allow the recreation of results.

This dataset contains 625 inspection points taken by the legged robot ANYmal on the floor of a concrete sewer. The floor was probed by a haptic, ‘scratching’, motion and 18 sensor signals (Force/Torque and two Inertial Measurement Units) were recorded. Together with ground-truth labels for the state of concrete degradation, supplied by professional inspectors, the data was used to train a support vector machine. The Matlab scripts are included in this package.

The full dataset can be downloaded here (Stink.zip)

This dataset is recorded to demonstrate the applicability of machine learning methods to classify the complex feet-soil interaction on fine-grained soils. The dataset consists of 2600 feet-soil impacts, which were automatically executed and recorded with a specially designed testbed. Impacts were performed on a variety of Martian soil simulants, such as ES-1, ES-2, ES-3 and other. The dataset includes the sensor signals acquired by two different feet and sensors on the testbed. Additionally, a small dataset with 240 impacts created by the quadruped robot ANYmal is included.

The full dataset can be downloaded here (Palpate.zip) 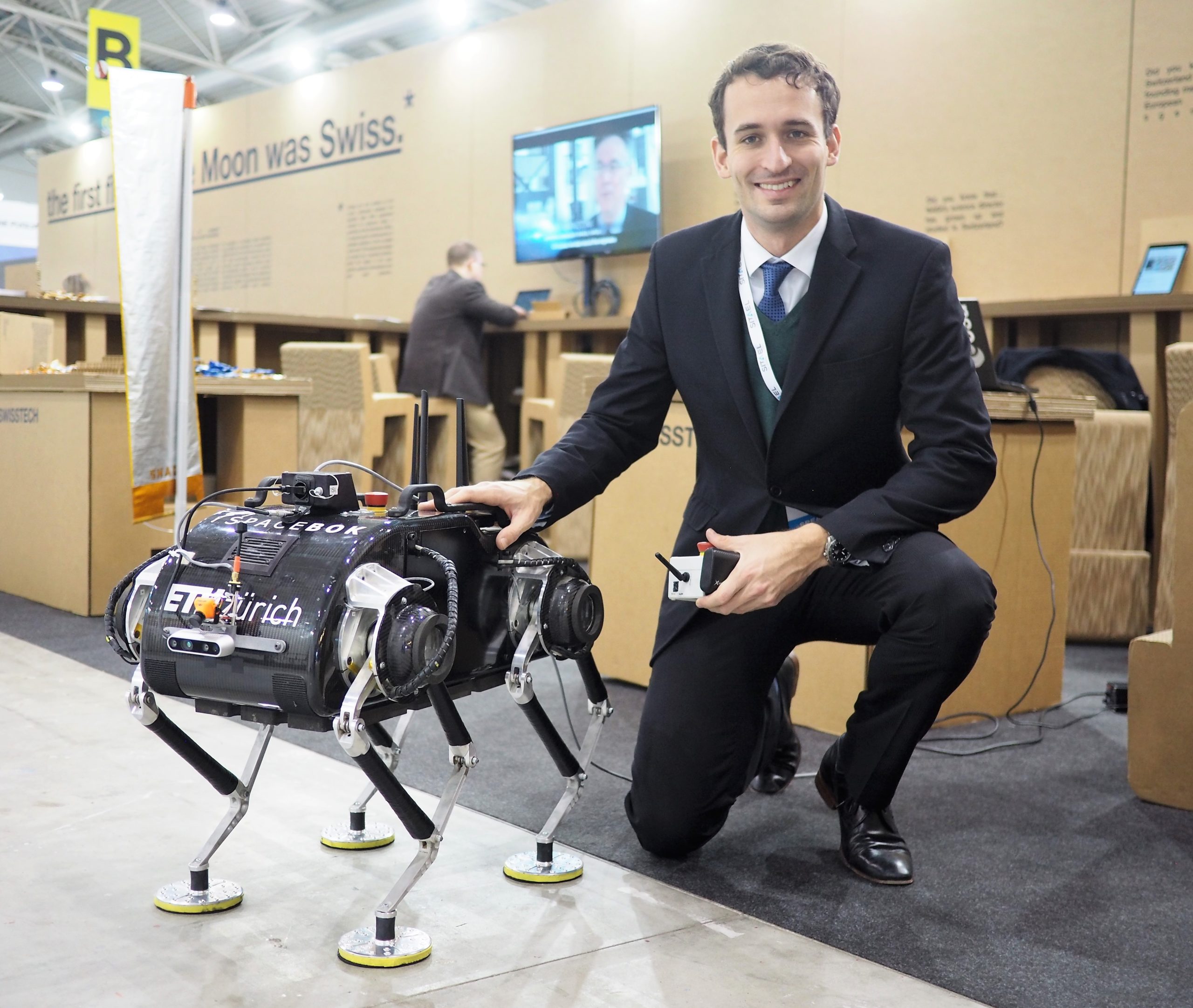 Welcome to my personal webpage! I am a Postdoc at the Robotic Systems Lab of ETH Zurich focusing on robotic system design.